The Government of president Augusto Leguía opened the plaza San Martin in the year 1921, on the occasion of the 100th anniversary of the independence of Peru with by this great monument of general José de San Martín, Warlord and Hero of the Wars of Independence. A public contest was won by the prominent Spanish sculptor Mariano Benlliure, who had great experience and a very successful career in the creation of monuments.

President Augusto Leguía called for a “belle époque” for Lima, with one of the most representative elements being precisely this square. It was built as a tribute to the liberator, where there already existed two notable buildings of the “art nouveau style”…. the Teatro Colón and the Giacoletti Building.

No expense was spared to build the plaza San Martín. The steep slopes of the terrain served as inspiration to the talented Spanish Artist Manuel Piqueras Cotolí who was the final contributor to the previous successive projects of Ricardo Malachowski in 1912 and then Bruno Paprocki in 1916, by creating bleachers and four extensive gardens. The Square with the monument was inaugurated on the eve of the anniversary, on the 27th of July, 1921 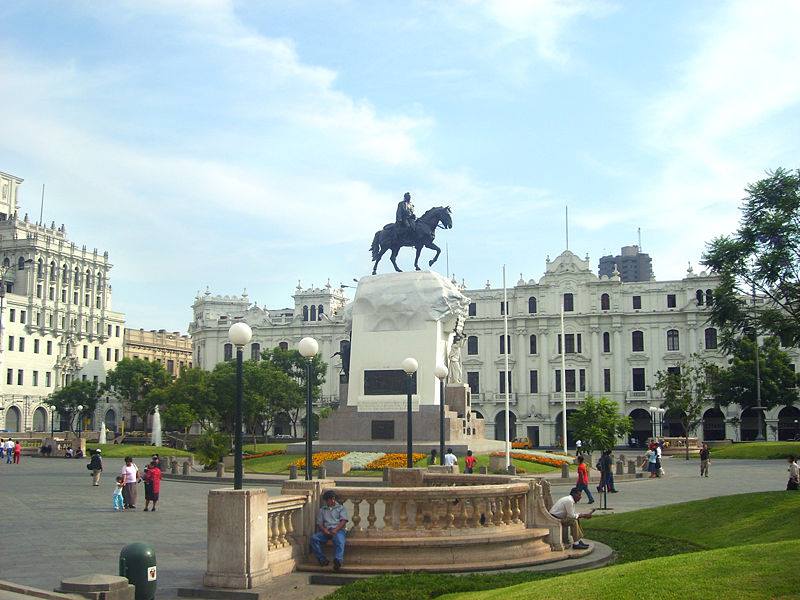